A rare artistic talent reveals the world’s wildlife, cultural relationships,  and vistas to all  who care  to see  a fresh new perception and perspective.

Trained in the classic romantic realism style during the old Soviet era which spewed piles of socialist visions, Vadim Gorbatov brings a unique perspective to the world of wildlife art. Quitting a prestigious graphics job for Soviet television where he had his own staff, Vadim went out on his own, which is still mostly unheard of in Russia.  For those collectors seeking a new wildlife art vision, his risk and struggle was worth his courageous efforts.

He prefers working directly in situ, in nature, to derive his images and capture their spirit and freshness.  He draws directly with both pen and pencil onto his numerous sketch pads.  Or, as with his great horned owl piece he works in watercolor right on the spot.  The watercolors are taken back to his Moscow studio to work up into larger themes.  Sometimes he continues the theme he has developed, other times the watercolor inspires a new vision.  He works in numerous media, and as you can see from copies of the prints he brought from Russia, I do not think you will find a better or more original wildlife artist painting today.  In fact, Vadim’s ability to put people, wildlife, and culture into one painted image has no peers living today. Peter Reshetniak 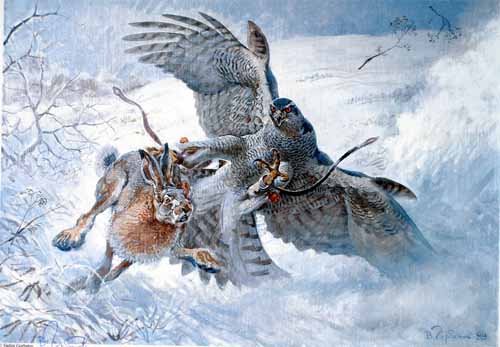 We have been very deliberate about making copies of Vadim’s art of low resolution, and slightly askew, for copyright protection issues. The following samples of his finished pieces and his studies done in the field in America, however, are evidence of the most gifted painter of wildlife and human interaction alive today.  The predatory perspective is exquisite in its powerful emotions and detail-for both predator and prey. 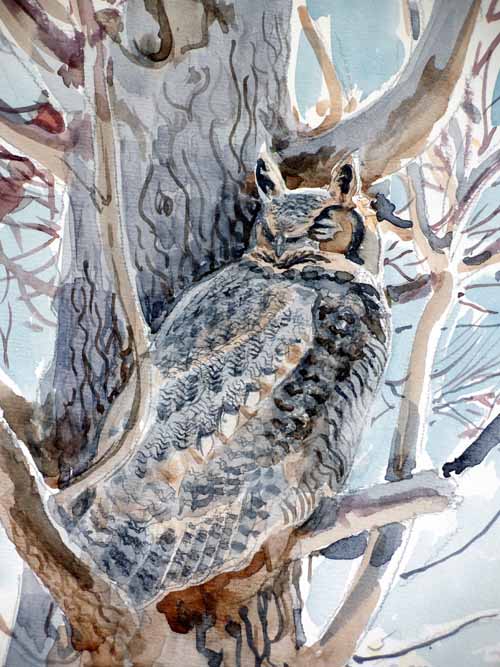 One of the advantages  we could offer Vadim, was a pair of wild great horned owls (Bubo virginianus) living on and around our facility.  Often you will find one or both of the big owls spending the day in several of the poplar trees shading our mews.  Here Vadim painted directly in watercolor as the female sat for several hours while he worked to imprint the image into his mind. 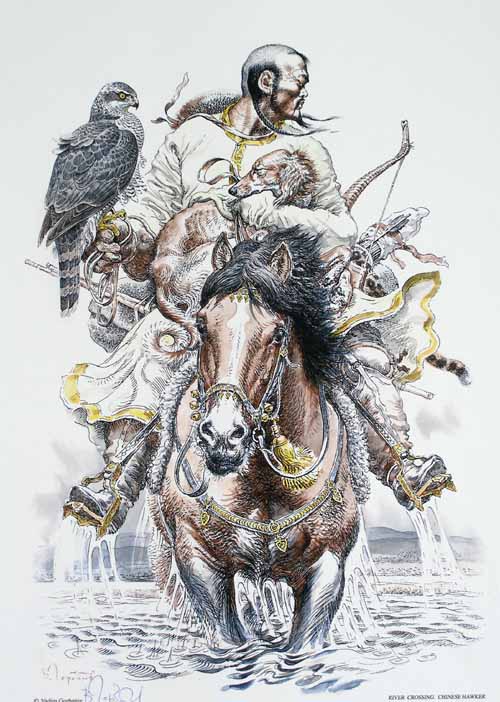 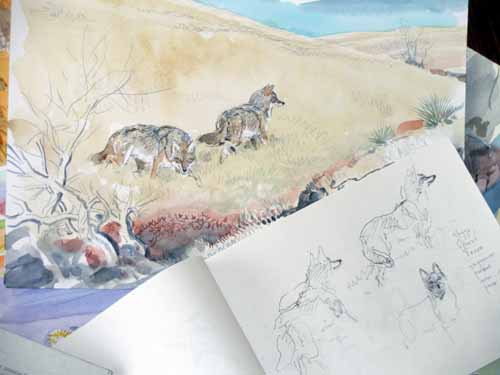 Just minutes away from the location above, Vadim saw his first coyotes on one of the few authentic short-grass prairie preserves located near a large city in North America.  A variety of raptors, besides our captive collection, use the 1,100 acres as their hunting territory. 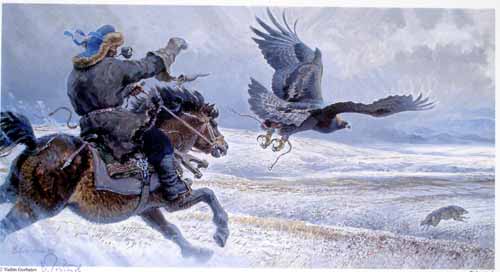 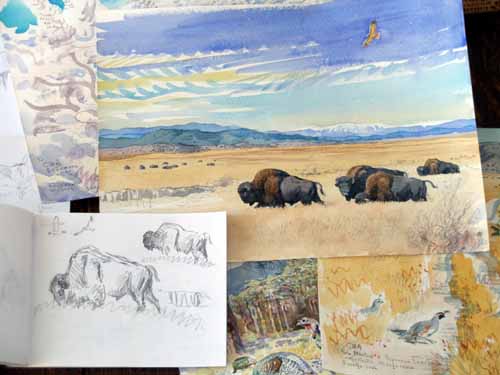 As we journeyed south from Denver to Steve Bodio’s home, we found a small herd of about 100 bison grazing contentedly on Ted Turner’s Vermejo Park Ranch in northern New Mexico.  One of the large beasts actually wandered in to see what this man was doing as he sketched  from his vantage point while looking through his binoculars at this classic American icon. 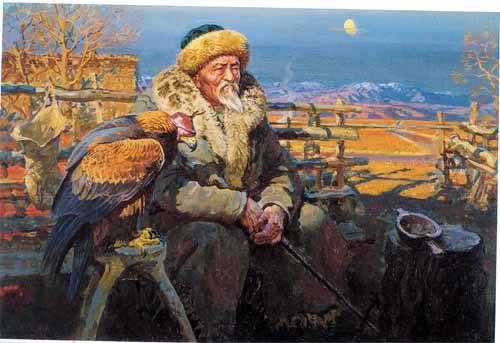 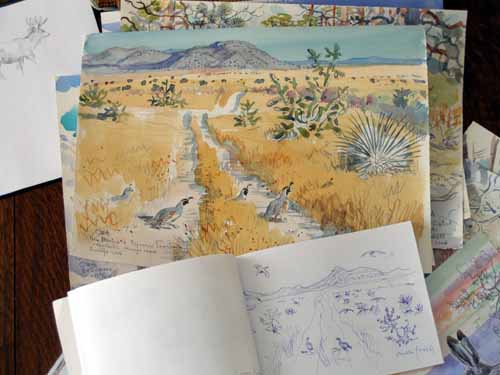 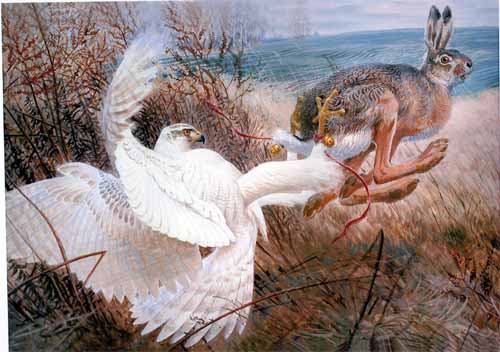 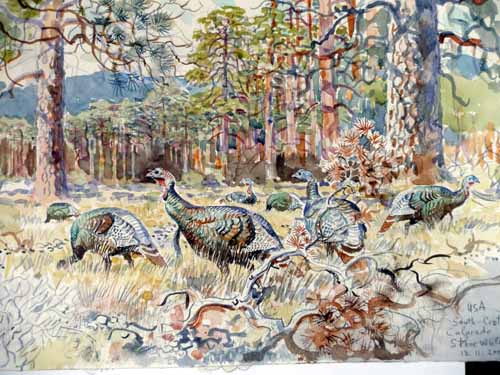 Returning from New Mexico, just into Colorado we turned from Trinidad to travel on the Highway of Legends to Stonewall, Colorado and the hospitality of the Bar NI Ranch, where
Vadim saw his first wild turkeys and mule deer. 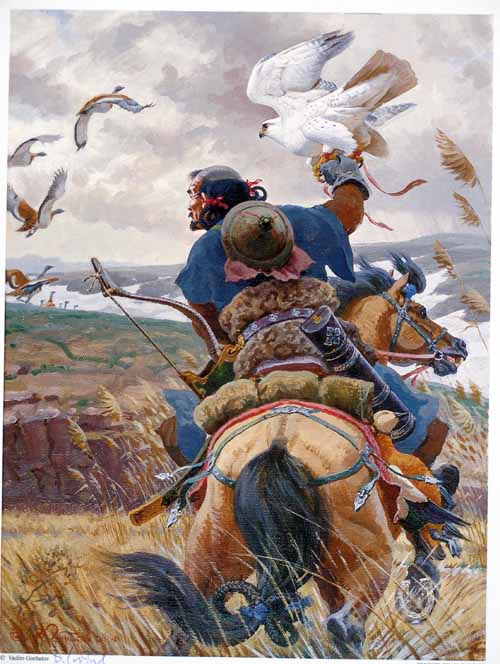 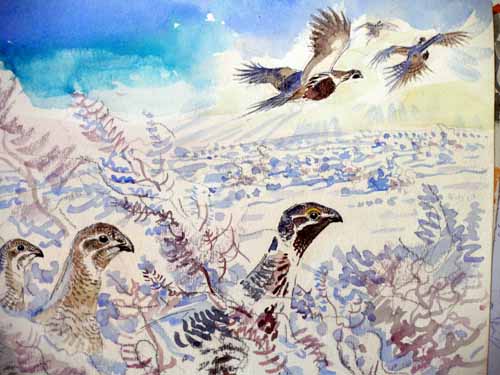 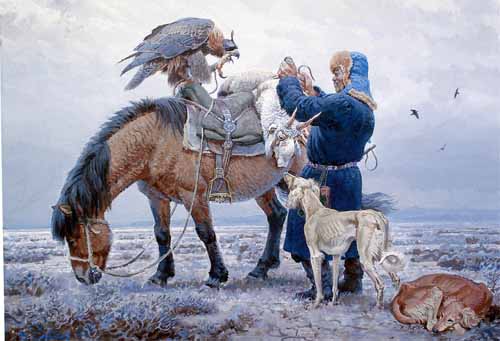 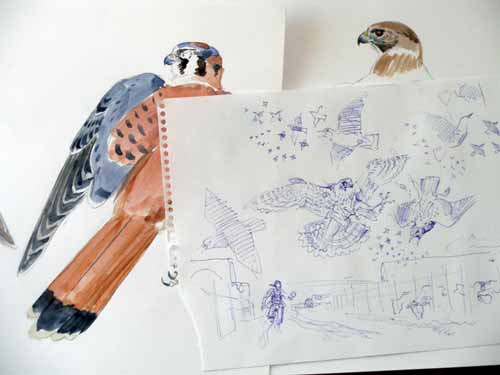 A dead American Kestrel (Falco sparverius) on the side of one of Denver’s busy streets produced a quick study , while a little bit of time with REF’s red-tailed hawk (Buteo jamaicensis)  demonstrated Vadim’s quickness and familiarity with both birds and his tools. 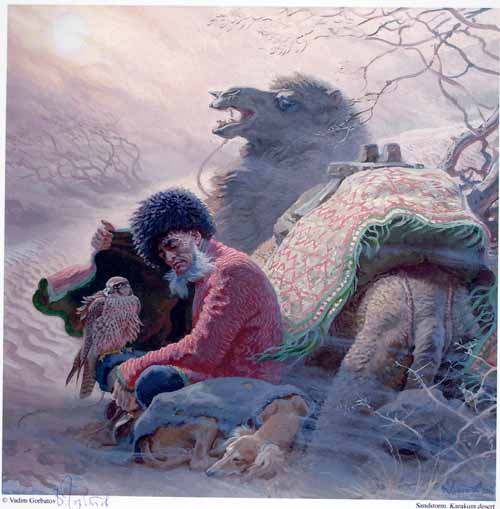 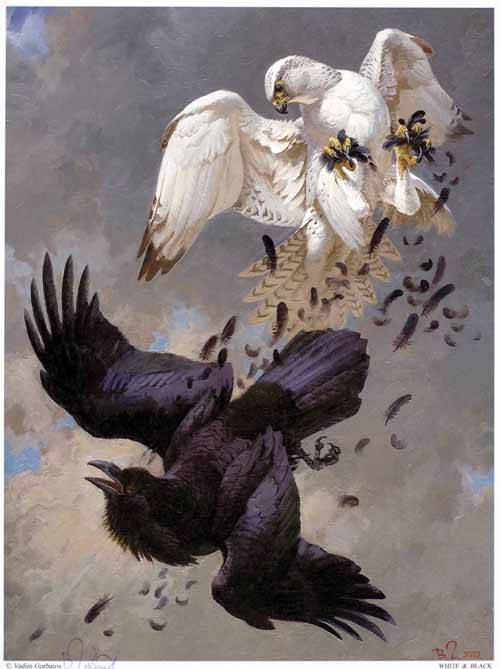